Our world is filled with captivating and intriguing elements. If we sit back and take a closer look at even the most mundane thing, we might be surprised at how fascinating it might turn out to be. Here is a collection of 15 photographs of rarely seen things from unusual-looking creatures and objects to some of nature‘s weird wonders. 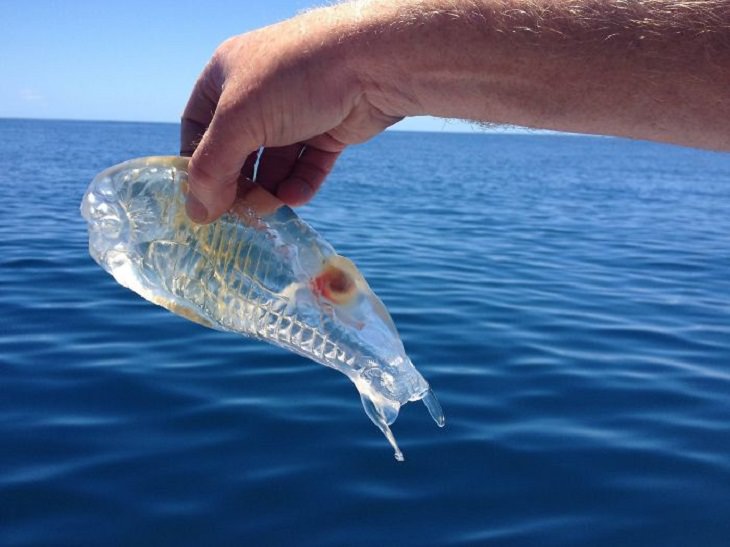 Sea Salps are one of the most remarkable creatures of Earth. This barrel-shaped fish has a gelatinous body and feeds on phytoplankton (marine algae). Sea Salps are not just unique because of their transparent bodies. They are rare creatures that exist both as individuals and part of a larger organism.


2. These aren’t broken shards of glass. This is a frozen Lake Michigan. 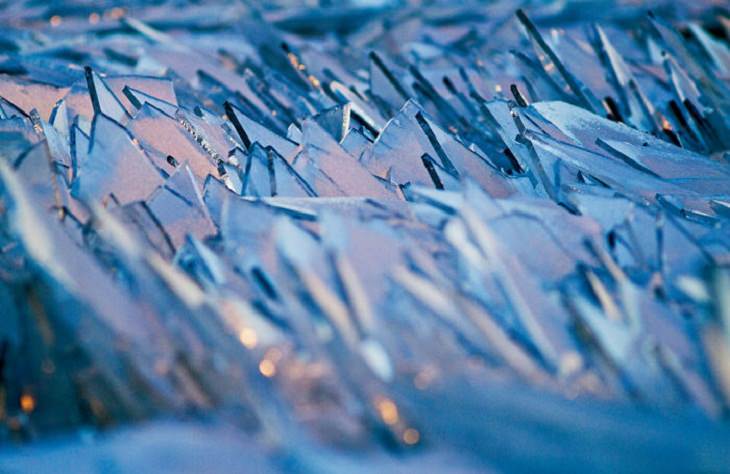 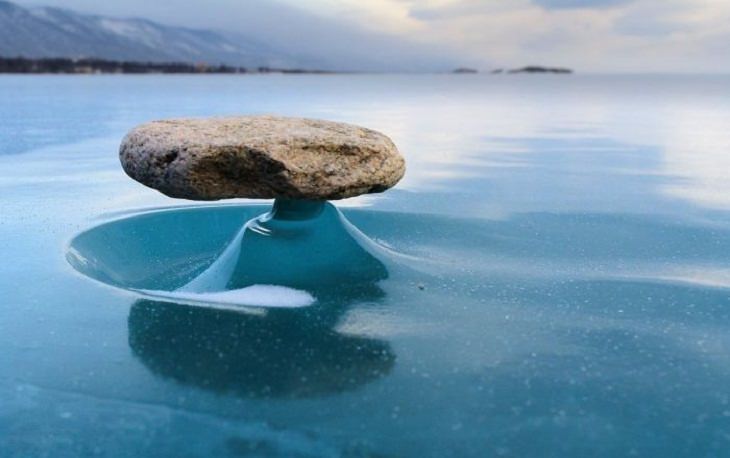 Lake Baikal is located in the Russian region of Siberia. This freshwater lake is witness to the most unique phenomena known as the Baikal Zen. It happens when stones brought by the wind to the ice of the lake are warmed and the day sun melts the ice under them. This causes the rock to remain balanced on a pedestal of thin ice. 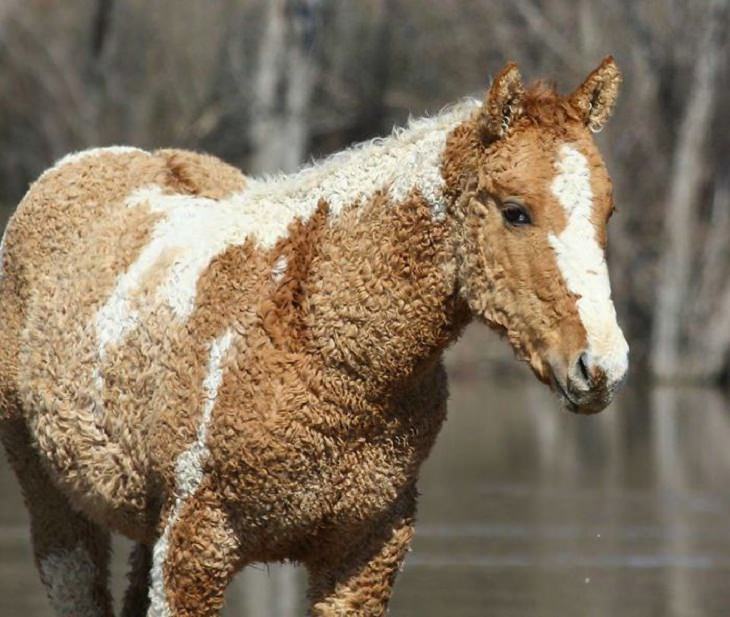 The origin of this fascinating horse is a mystery. The Bashkir Curly is known to be a calm breed of horse with a mild temperament. Its other characteristics include a thick bone, strong, round hooves, intelligence, and exceptional memory. What makes it stand out from other breeds of horses, however, is its distinctive curly coat. 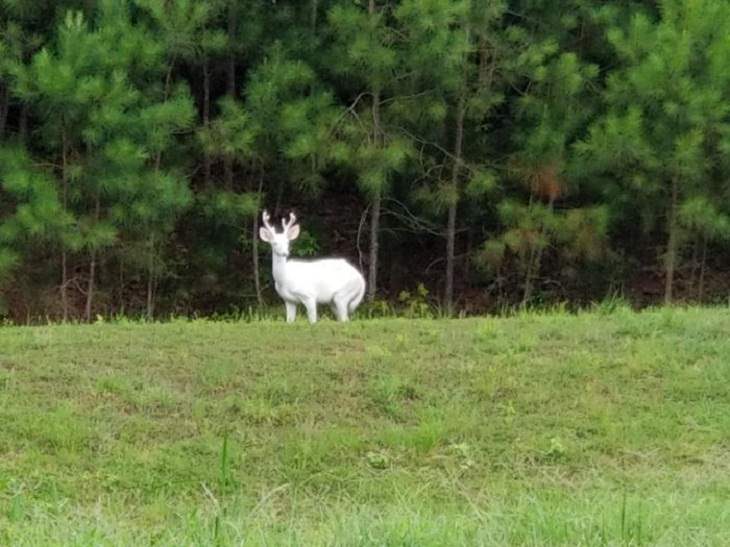 Sightings of albino deer are very uncommon and they are considered as mystical ghosts of the woods because of their fairytale-like appearance. The chances of an albino deer being born are only 1 in 20,000, as the recessive gene that causes albinism in whitetail deer is extremely rare. The stories of these unusual animals have been a part of several ancient Native American legends and folklore.


6. No, these aren’t street craters. They are dinosaur footprints in France. 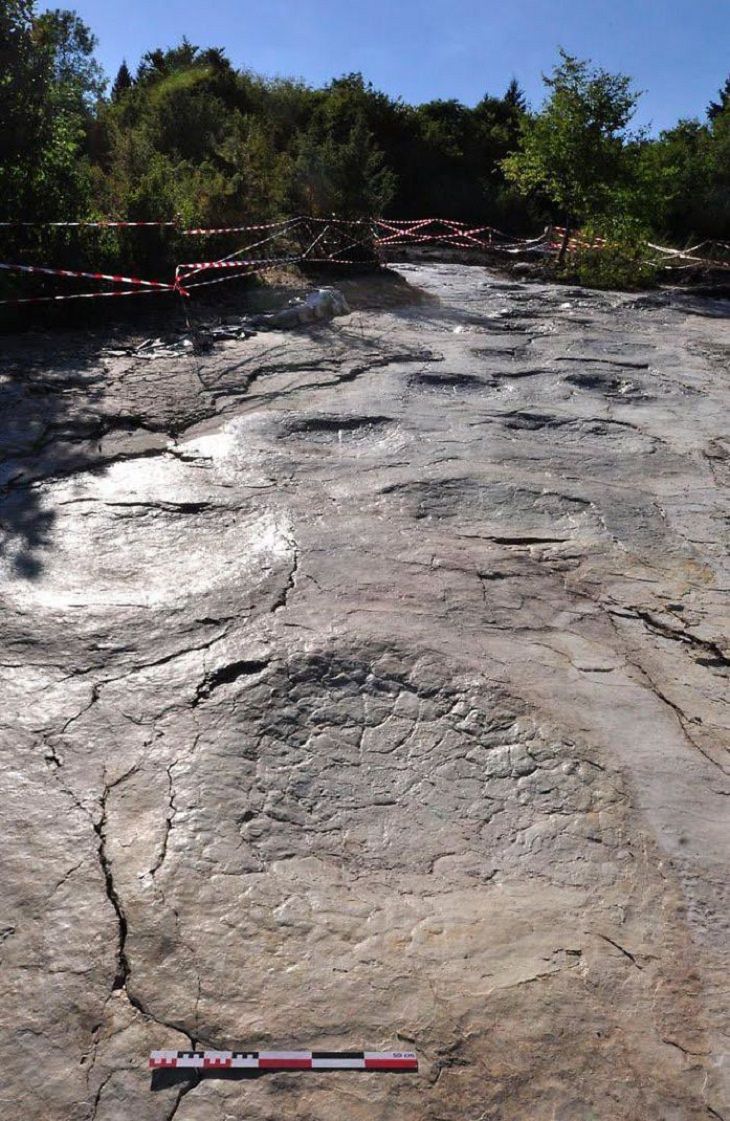 These giant footprints belong to a large sauropod dinosaur and were discovered in Plagne, France. These extraordinary traces of the now-extinct dinosaur were found by geologists and biologists from the SociÃ©tÃ© Des Naturalistes d’Oyonnax (SDNO). The footprints measure almost 155 meters in length and are more than 145 million years old.


7. Ever seen a music typewriter? 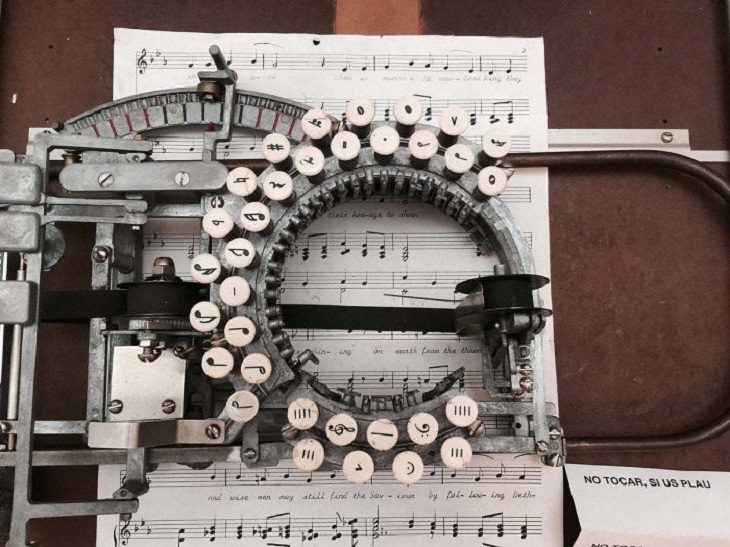 Better known as The Keaton Music Typewriter, this instrument was first patented in 1936 by Robert H. Keaton from San Francisco, California. The typewriter was promoted in the 1950s and sold for around $225. The machine made it easier to produce music copies in large quantities for publishers, educators, and other musicians. The distinct circular look of the typewriter made it very popular in its time. 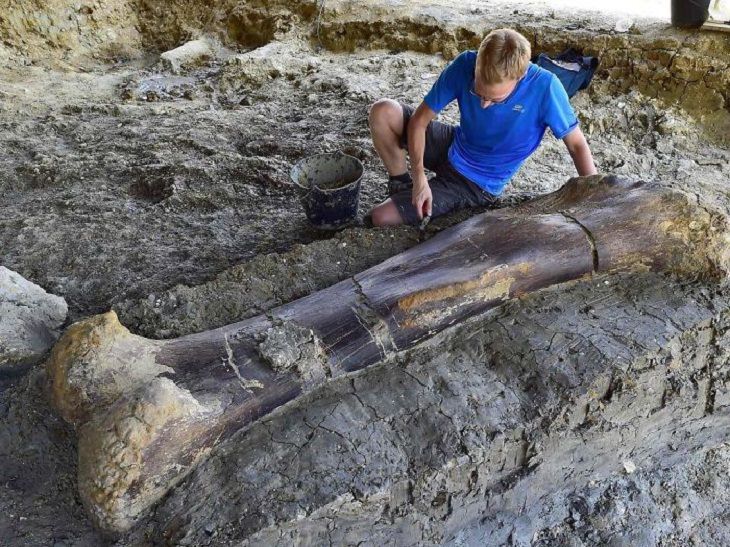 A giant 500 kilogram (1102.31 pounds) dinosaur thigh bone was uncovered by scientists in south-western France at an excavation site in 2019. The femur is two meters (6.6 ft) long and is believed to have belonged to a sauropod. This plant-eating dinosaur was found in the late Jurassic era and was one of the largest land animals that ever existed. 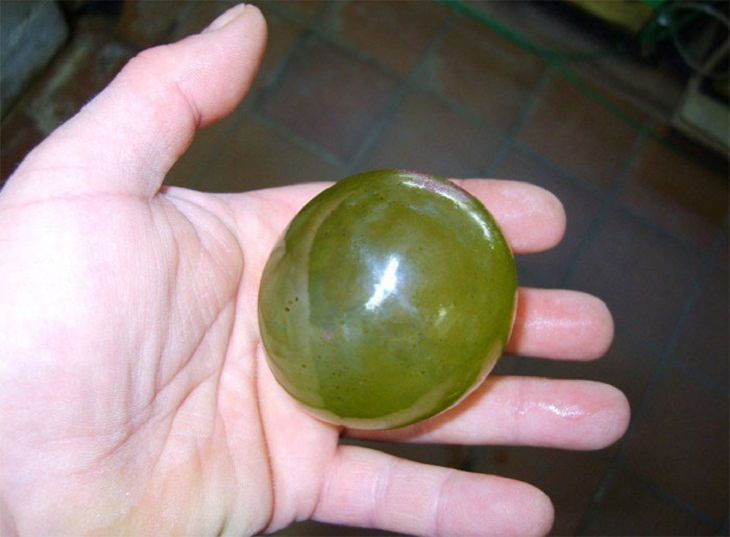 While this may be hard to believe, the picture above is of a living cell. Known as Valonia ventricosa, or â€œbubble algaeâ€ , this species of algae is one of the largest single-celled organisms in the world. They are found in oceans, and their color mostly varies from grass green to dark green.


10. This is how an ant’s face looks like under an electron microscope 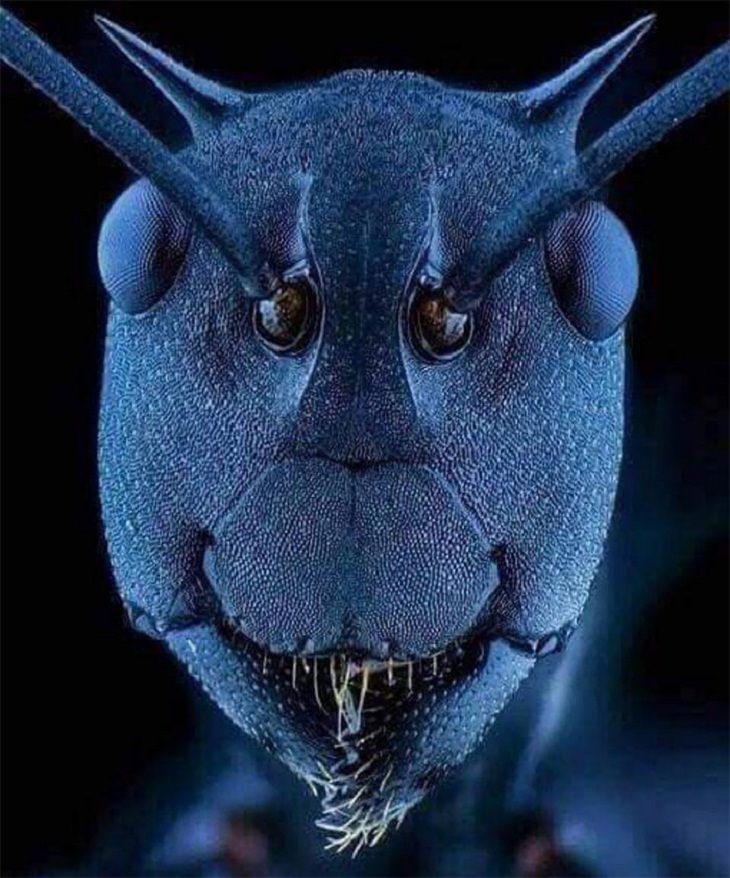 At first glance, this picture appears rather eerie as the antennae holes of the ant look more like eyes. The image was captured using Electron microscopy (EM), which is a technique for getting high-resolution images of much higher magnification than a normal light microscope. It is used in biomedical research to examine the in-depth structure of biological materials along with various other objects.


11. The very rare Blue Java Banana, which is said to taste like ice-cream. 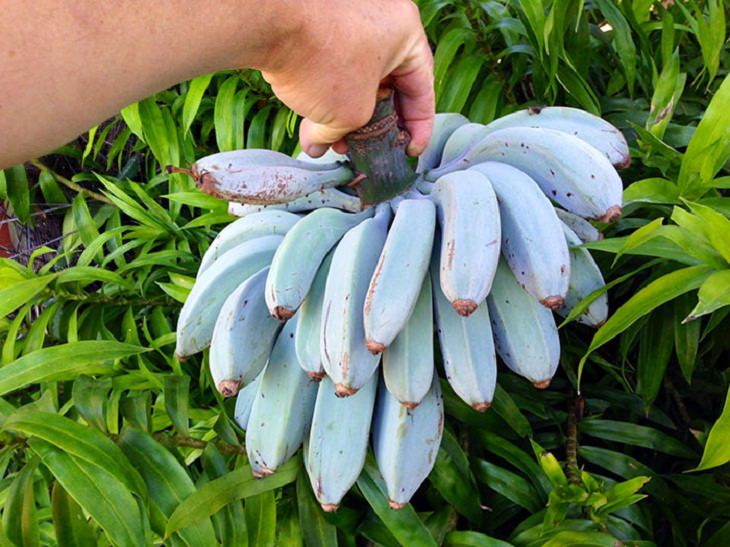 While facts about this amazing fruit may appear to be a hoax, they are indeed completely true. Blue Java bananas have a taste and creamy texture that is similar to vanilla ice cream. Apart from their unique taste, these bananas stand out because of the bright blue color of their peel. These delicious fruits are widely grown in Southeast Asia and relished as a dessert. 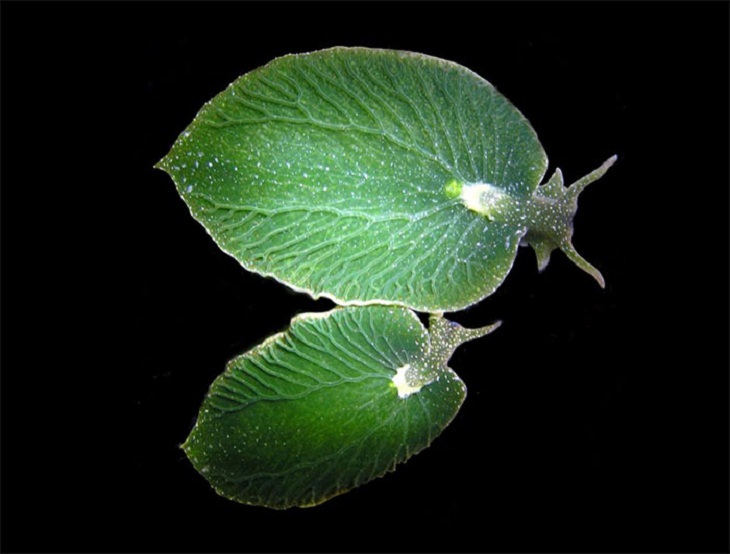 This is a solar-powered sea slug, or Elysia chlorotica, and looks like a leaf. It can grow to more than 2 inches long and possess an exceptional ability to steal algal plastids (also known as chloroplast robbery), stop feeding thereafter and survive off the photosynthesis from the algae for the next six to eight months. They are found in shallow waters along the east coast of North America.

Sand appears the same to all of us. However, Gary Greenberg, a scientist from Hawaii, has shown through these images that when magnified by a hundred-fold or more, each grain of sand exhibits its distinct characteristic. Using high-definition 3D lenses that he invented, Dr. Greenberg took these pictures â€œto show people how ordinary things are truly extraordinary when you look from a new point of viewâ€ . Bear in mind that sand compositions vary depending on where they are from. 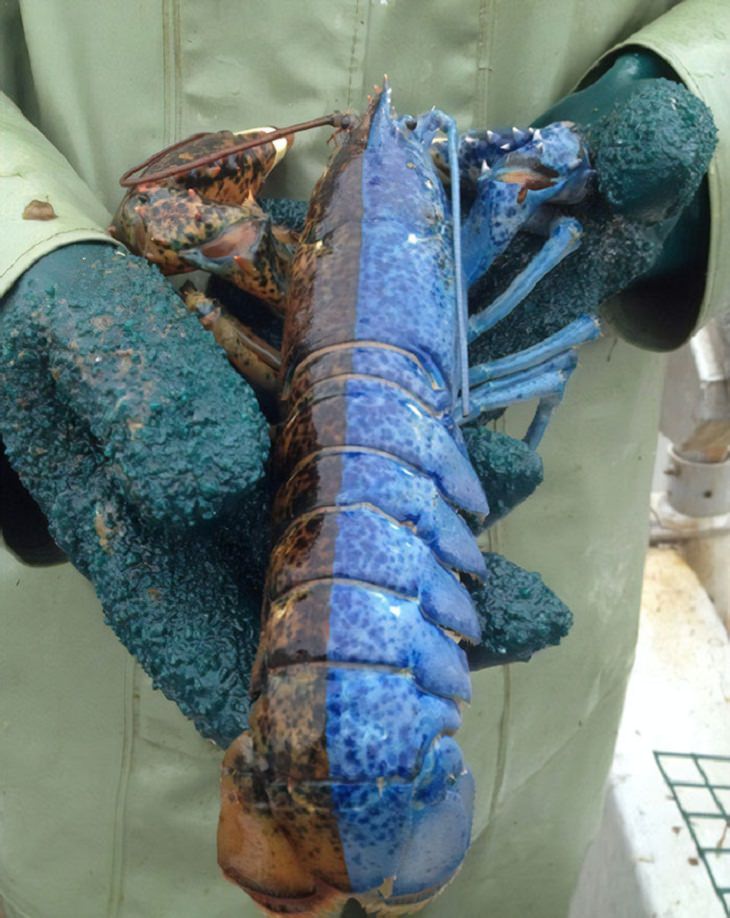 No, this is not a photoshopped image. This is a split-colored lobster that has a condition known as gynandromorphy. This means it is half male, half female. In this particular specimenâ€™s case, the blue side is the female one and the brown side is the male one. Amazingly, this rare genetic variation happens in only about 1 out of every 50 million lobsters. 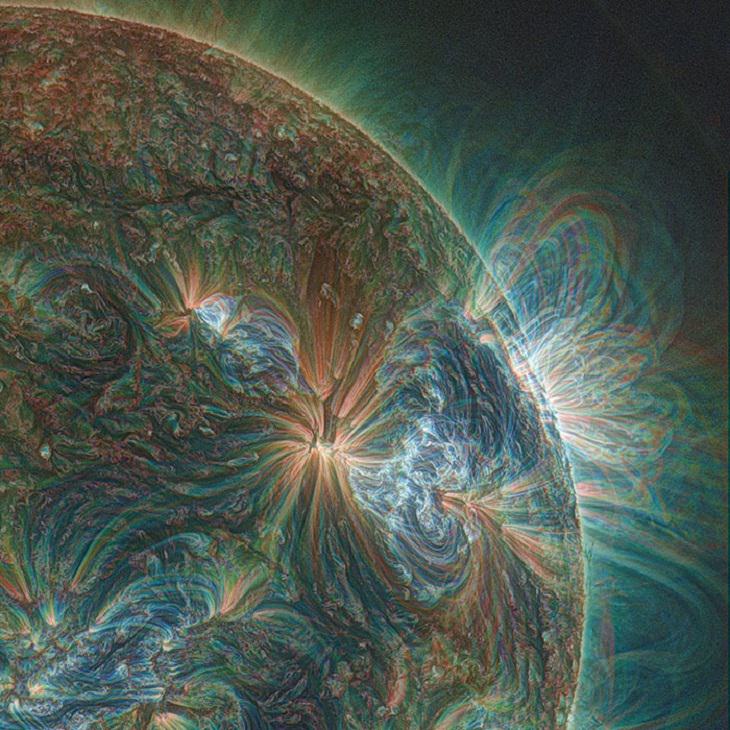 At first glance, the picture above appears to be a painting. However, this is actually a series of unusual eruptions from the outermost atmosphere of the Sun that was captured by a team of astronomers using NASAâ€™s three Sun-gazing spacecraft in 2013. According to the team, a series of fast puffs, that took place over a period of three days, forced the slow ejection of an enormous burst of plasma from the sun’s atmosphere.

Thank you for stopping by and have an amazing Monday!💜