Last week I was approved for two wonderful books …….I received six this week. 😲😲 I still have three requests pending!

With ‘An Officer & A Gentleman’ feel, and a Christmas Day ending, this is a perfect festive season, feel-good book. She’s given up on love. He’s marrying for money. But God has other plans…

South Wales, 1905. Faith only believes in the certainty of pain and suffering. Born with a club foot and harboring a dark secret, the barmaid can’t escape her sinful past. But after the country’s religious revival puts her out of a job, hope sparks when a handsome aristocrat gallantly offers her a second chance.

Lord Geoffrey Driscoll fears his estate will run out of money before he can find a suitable bride. However, the devout nobleman can’t keep his mind off the stunning redhead despite her lowly status. As the attraction between them grows, Lord Driscoll is torn between his need for a wife of means and his heart.

As Faith falls for Lord Driscoll’s kindness, she wishes that she could erase the sinful past that stands in the way of their union…

Can the troubled couple trust in God to light the way to true love?

Faith in Abertillery is a touching Christian historical romance. If you like stories of forgiveness, rich backdrops, and charming chemistry, then you’ll adore Tracy Traynor’s moving tale. 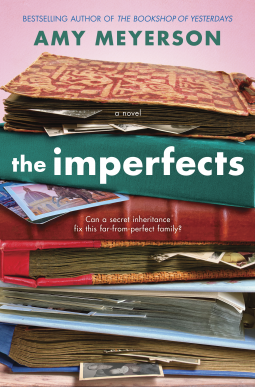 The Nest meets Curtis Sittenfeld in this captivating novel about a priceless inheritance that leads one family on a life-altering pursuit of the truth.

The Millers are far from perfect. Estranged siblings Beck, Ashley and Jake find themselves under one roof for the first time in years, forced to confront old resentments and betrayals, when their mysterious, eccentric matriarch, Helen, passes away. But their lives are about to change when they find a secret inheritance hidden among her possessions—the Florentine Diamond, a 137-carat yellow gemstone that went missing from the Austrian Empire a century ago.

Desperate to learn how one of the world’s most elusive diamonds ended up in Helen’s bedroom, they begin investigating her past only to realize how little they know about their brave, resilient grandmother. As the Millers race to determine whether they are the rightful heirs to the diamond and the fortune it promises, they uncover a past more tragic and powerful than they ever could have imagined, forever changing their connection to their heritage and each other.

Inspired by the true story of the real, still-missing Florentine Diamond, The Imperfects illuminates the sacrifices we make for family and how sometimes discovering the truth of the past is the only way to better the future.

December comes to quaint Hearts Bend, Tennessee, with a blanket of white and the glitter of Christmas lights.

For JoJo Castle there is no place like home.

Country music sensation Buck Mathews has charmed the world with his smile and his music.

JoJo and Buck have opposing life goals, and there’s no middle ground. Can love, especially the kind that touches hearts at Christmas, overcome her fears and his quest for greatness?

With the help of a very special wedding dress, there just might be a Christmas miracle.

For some folks in small-town Georgia, Hart’s Hollow farm has seen better days. But for the Hart family matriarch, it’s a home worth fighting for . . .

From the moment Kristen Daniels arrives at Hart’s Hollow, the place speaks to her soul. So when seventy-three-year-old Emmy Hart asks Kristen to help return the farm to its former glory, Kristen accepts—despite her fears about getting involved with Emmy—or the two kids in Emmy’s care. Then there’s the matter of Emmy’s ruggedly handsome grandson, who stirs feelings Kristen believed were long gone . . .

When Mitch Hart left home at age eighteen, he thought he’d kicked the red dust off his boots forever. But he’s haunted by his violent upbringing and the loss of the sister he couldn’t save. Now he’s determined to see his orphaned niece and nephew settled in a better life. Emmy’s ideas about saving the farm only convince Mitch that his grandmother is as crazy as everyone in town suspects. Everyone except the beauty helping her sow the land. Something about Kristen’s spirit has Mitch sticking around—and wondering if he’s gone a little crazy himself. Because suddenly he’s hoping he might just find happiness in the very place he left behind . . . 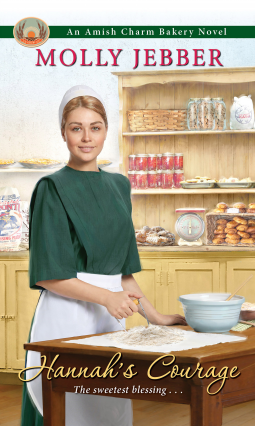 A loaf of fragrant cinnamon bread for breakfast . . . a sweet and creamy custard pie for dessert. In 1912 Ohio, the Amish Charm Bakery has something to delight locals and visiting Englischer alike. And within this warm, welcoming community, there’s always room for love to grow . . .

Hannah Lapp’s life, like a long-cherished recipe, is satisfying just the way it is. She enjoys whipping up desserts at the bakery, tutoring local children, and socializing with dear friends. One of those friends, Timothy Barkman, has made his interest in Hannah clear, but she’s been in no hurry to change her circumstances.

No sooner does she feel ready to grow closer to hard-working, handsome Timothy than Hannah finds she may have waited too long. Charlene Shetler intends to become Timothy’s fraa. It’s little wonder he’s attracted to such a pretty, forthright young woman, but is the newcomer all that she seems? Only when Hannah is willing to confront some difficult truths can she move bravely toward a life of abiding faith and love . . . 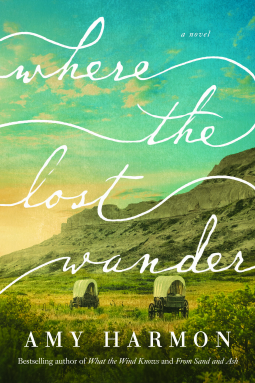 In this epic and haunting love story set on the Oregon Trail, a family and their unlikely protector find their way through peril, uncertainty, and loss.

The Overland Trail, 1853: Naomi May never expected to be widowed at twenty. Eager to leave her grief behind, she sets off with her family for a life out West. On the trail, she forms an instant connection with John Lowry, a half-Pawnee man straddling two worlds and a stranger in both.

But life in a wagon train is fraught with hardship, fear, and death. Even as John and Naomi are drawn to each other, the trials of the journey and their disparate pasts work to keep them apart. John’s heritage gains them safe passage through hostile territory only to come between them as they seek to build a life together.

When a horrific tragedy strikes, decimating Naomi’s family and separating her from John, the promises they made are all they have left. Ripped apart, they can’t turn back, they can’t go on, and they can’t let go. Both will have to make terrible sacrifices to find each other, save each other, and eventually…make peace with who they are.

Have an awesome Saturday and thanks for stopping by!💜

7 thoughts on “MY NETGALLEY HAUL THIS WEEK!📚”